SALI took part in a training programme called Healthy Ireland Smart Start, which is a programme established by the National Childhood Network and the HSE Department of Health Promotion. The aim of the programme is to ensure children in the pre-school settings are supported to adopt healthy lifestyle behaviours in early childhood.  We have an extract from the portfolio completed by our service in April 2017 below:

Pre-school offers an unsurpassed opportunity to promote healthy lifestyle choices.  We began introducing the topic of health promotion at our parents’ information session in September 2016.  We asked for the parent’s help by supplying lunches that were nutritious and healthy.  We then began discussions with the preschool children during circle and story times.

We set up a self-care area which included items such as tissues, hairbrushes, wet wipes and a mirror.  We encouraged the children to use this area in the morning on arrival at school and especially after snack times. Developing these positive habits in the classroom normalises the routine for the children.

We also set up a water area where the children could help themselves to a drink of water when they felt thirsty.  We labelled cups with each child’s photo and name, so they could identify their own cup and place them near the water cooler, thus promoting the skill of independence.  From this small change we have noticed a boost in their own confidence and given them a sense of responsibility.

By implementing these new routines in the beginning of the new preschool year we have found the transition was quite positive. Following an evaluation in October, the water intake had increased, and nobody was bringing in sugary drinks. 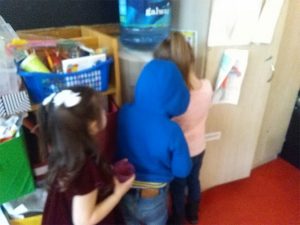 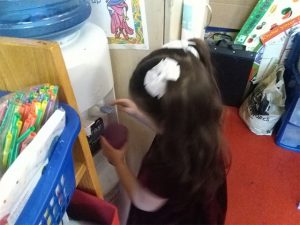 Sugar content of drinks became a major talking point amongst our team and we decided to develop a display to highlight such. At first, we put up the empty packaging and asked parents and visitors to make a guess at how many spoons of sugar was in each.  After a few days and with the help of the pre-schoolers we showed how many spoons of sugar was in each. The result was shocking and became a huge attraction amongst the team, parents and visitors. People even took photographs to show others. 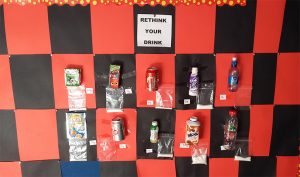 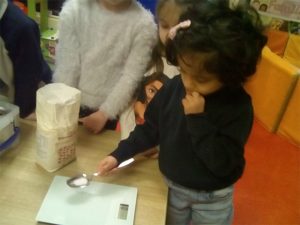 In order to include parents in our campaign we also set up a competition where people had to guess the correct number of teaspoons of sugar in the jar. The prize was a very healthy and colourful hamper of fruit! 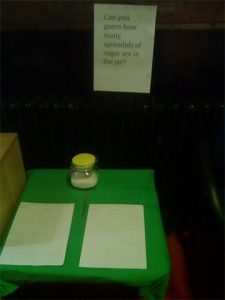 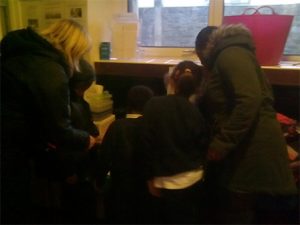 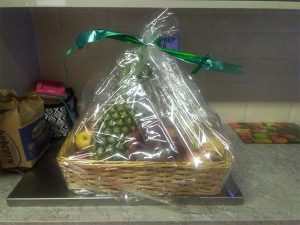 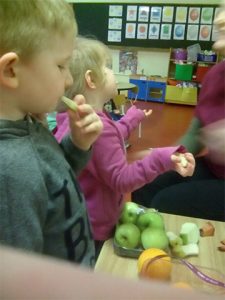 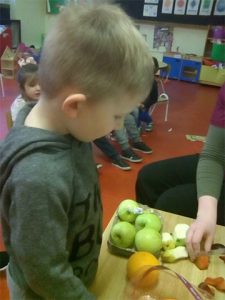 Oral health is an important subject to teach to children. By promoting its importance, children and parents become aware of the risks that certain foods and drinks pose towards children’s teeth is a task. We began introducing the topic of teeth care at our parent’s information session in September.  We discussed with the children the types of food that are good (happy) and bad (sad) for our teeth.  We completed many learning opportunities, storytelling, games involving brushing teeth on our interactive whiteboard and the children were learning about ways of brushing your teeth and singing action songs about teeth.  We also used arts and crafts to display our learning about oral care.  One of our favourite games was happy tooth sad tooth in which the children picked pictures of food that made their teeth happy or sad.  This activity allowed the children to discuss how much sugar was in the food they eat.  It also provoked a discussion on the difference between sugar from fruit and sugar in sweets. 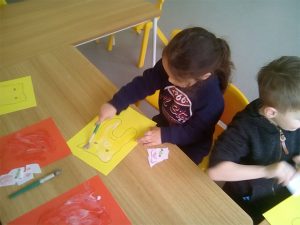 In order to demonstrate effective teeth brushing techniques, we watched a video on our whiteboard and then used egg carton, shaving foam and toothbrushes to practise.  We then began introducing tooth brushing into our daily routine.  In small groups after snack time we would go to our bathroom and use our own brushes and toothpaste and the techniques learned to brush our teeth. 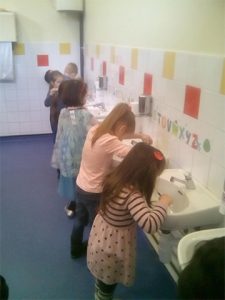 SALI Childcare Service Ltd. offers high quality and affordable early years care and education and out of school care.  It is located on the grounds of The Mercy Primary School, St. Francis Street, Galway.

SALI Childcare Service Ltd. is registered with the Early Years Inspectorate and to date has received fully compliant inspection reports.

Back to Top
Inventors

The Inventors is our older aged group catering for children aged three and a half up to five and a half. In this room learning opportunities are planned from children’s needs and interests and include ways to encourage early literacy and numeracy, communication skills and the ability to understand the world around them. Practitioners support the group to reach their goals.  Children in this room build on the skills and dispositions they already have.  They begin to exhibit positive attitudes towards investigation and learning.  The Inventors are encouraged to express themselves creatively and imaginatively.  We support them to voice their feelings in a way they are comfortable with.  Over the year, children develop the necessary skills to become “school” ready.  To help the smooth transition into The Mercy Primary school, Practitioners link in with the school teachers to ensure continuity of top quality care and education.